In Part 1, I briefly summarized the history of the God of the gaps fallacy. In doing so, it became obvious the Christian God is not arbitrarily stuffed into gaps. Rather, when dialoguing about God in terms of scientific advancement, it is quite obvious that God exists outside the scientific paradigm. But it left a few more holes that ought to be addressed: namely, is God really what we’re filling the gaps with?

Before delving into this argument, it’s important to revisit the origin of the fallacy at hand. The quagmire comes from an argument from ignorance. As David G. McAfee elegantly writes:

This line of reasoning leads to the underlying issue with inserting God into the gaps: the scientific method is solely concerned with figuring out a naturalistic cause for everything in existence. Even the things we do not know (origin of the universe for example) can eventually become known (or at very least be, be understood by naturalistic means), so it is unfounded to assume God did it. Still, it also means that processes with great, but incomplete, scientific understanding (like germ theory and evolution) are not susceptible to the notion “God did it”. This is the idea that naturalism will eventually plug up all the holes (gaps) and completely remove the necessity of God. So the first question that should be asked is, “Can naturalism explain all of human existence?” No! And here is why.

Every day I drive the same way to work as do most people. Sometimes, however, I pick a different route. Not because I was detoured, or traffic was heavy, I just wanted to experience a different view. It is random, whimsical, and spur-of-the-moment. These type of random events happen thousands of times a day by millions of people world-wide. It happens so often, it feels natural. But it is exactly the opposite of natural. It is a product of will, intuition, and free-spiritedness. These types of events are not guided by naturalism (although they are a natural process). Naturalism, at its core, says all things are explainable though natural causes, but my opinions and desires are my own—as are yours. And this is where we meet an impasse between “God did it” and naturalism can explain it.

If naturalism is true, then all of life is already laid out for you. The irony here is if this (determinism) is true, then it has always been true; the natural laws influencing the evolutionary process indicates intelligent progression (simple to complex) and intelligent progression prohibits determinism. The more we see ourselves influencing our actions the less the laws of physics represent the only change inducing factor. This, like taking a scenic route, seems natural, but there is a significant difference between intelligently acting within nature and naturalism (which necessitates determinism).

If naturalism, and therefore determinism, is true, all of this thinking and processing new perspectives is futile, the end is already decided, and the rest of the post is moot. However, if it’s not, then we have more problems to address with scientism (the idea that the science can achieve all knowledge). Scientism is also a false idea explained here:

This is what I identify as the science dilemma, science contains self-imposed limits yet object when those limits are filled with God; God naturally shines through the gaps. (Here is a great article on the limits of science–specifically the scientific method.)

Why, then, are individuals like Mr. McAfee insisting that just because we do not yet understand something that it cannot be God? Why is there no room for God in science? If we can logically and intelligently recognize self-imposed limitations in the scientific process then why should we care if God operates beyond those limitations—in the gaps. The problem lies in the piece that’s already identified. If God is responsible for separating things like the mind and the soul, then it necessitates that God was first responsible for the things that ARE testable—and that undermines the scientific method. And there’s the rub.

Science of the Gaps

The new Atheist and agnostics have a massive stake in this game of removing God from the gaps. They attest God (specifically religion) should be “not simply tolerated but should be countered, criticized, and exposed by rational argument wherever its influence arises.”[i] The God of the gaps fallacy, then, follows a natural assumption that because the scientific-method has redacted God on the “known” fronts, removing Him from the “un-known” will eliminate God altogether. As if.

If Christians must be subject to the scrutiny of logic and reason, then those who hold them to it must adhere to their same principles. That is to say, if God cannot be put in the gaps where science does not yet know, then science must also be removed from the gaps of that which it cannot know. To spin Mr. MacAfee’s point, just because you don’t understand my God does not mean science can revoke his ability. William Lane Craig, in a debate with Lawrence Krauss, made the limits of science quite clear,

“Science has an insatiable thirst for explanation. But eventually, science reaches the limits of its explanatory ability. For example, in explaining why various things in the universe exist, science ultimately confronts the question of why the universe itself exists. Now notice that this need not be a question about the temporal origin of the universe. Even if the universe is beginningless and endless, we may still ask why there is a universe at all.”[ii]

Once we start asking ourselves “Why”, only then can we start drawing in on the metaphysical components of life, we can start to understand purpose and meaning as they relate to life. There is significantly more to understand about life than simply “how” it functions; we can understand “why” it functions and finally move away from the archaic scientific reasoning that understanding what is working must necessarily be what ought to be working. We can do better than that. 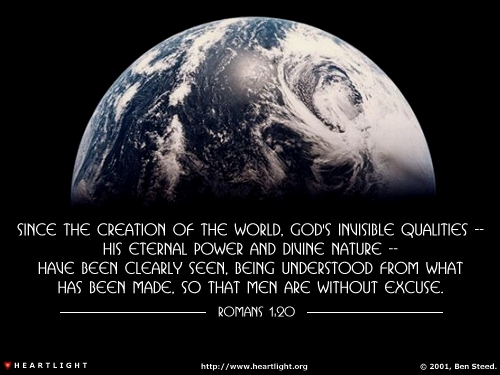 Ep. 202: So God will judge me for being gay the same way He would a murderer?

Ep. 200: If God Knows the Future, Are We Really Free to Make Decisions?

The Twist in The Human Story

Ep. 111: How Much Should Christian Values Be Enforced by Law?

What Does the Bible Say About Ghosts?